Injuries are an unfortunate part of sport. You can have a perfect set-up and vision for what the season is going to be like, or how it will go and then the body decides that it isn't on the same page.

That is exactly what happened to me this year. I raced fairly well to start the season and had built some great fitness to start the year off. I PR'd at Ironman Texas, was in a podium position off the bike at Chattanooga 70.3 and was working on my top end through local events, which gave me some time to also focus on coaching and life.

All went well until the beginning of July, which is when I felt like something changed in my performance. It seemed to happen almost over night; my position started to feel uncomfortable, power was not transferring to faster speeds and my usual MO of ride away and run to win was not working. It did give me a chance to work on other skills, but something was off with the bike. I put it off that I was simply tired and was sure it would come around.

Late in July I went into two back to back Olympic distance races (7 days apart) and the body finally said it had enough about midway through the second race. I had developed ankle pain on my left side and walking, let alone running, became really painful.

Long story short, the season went on hold. The culprit turned out to be a broken saddle on the left side such that when riding hard, my left side would collapse, putting all the strain on the ankle.

SO...new saddle, PT work, no speed work and a lot of rest and I can finally say, 3 months later, that things are looking good. I am not 100% but am confident I will be there soon. With the end of the season coming quickly, I don't know if I'll be in good enough shape to toe the line anywhere, but 2019 is looking good! 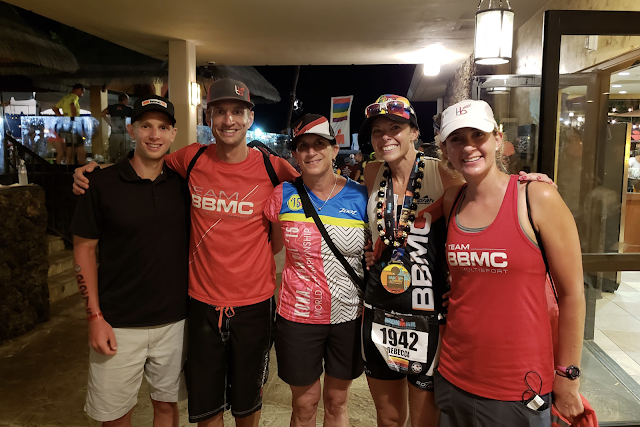 On the bright side I got to thoroughly enjoy Ironman Wisconsin and the Ironman World Championships. I feel lucky to have something else besides racing that I am passionate about, it certainly can take some of the sting out of ending a season due to injury.

2019 is going to be a great season. Team BBMC is poised to have it's best year yet and I am determined to follow suit.

Until the next update... MAHALO! 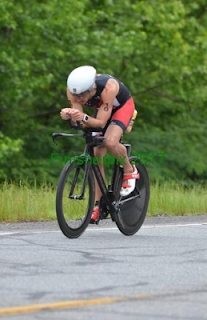 This was my 4th time racing in the city of Chattanooga and probably the most thankful I have been to be on a start-line. The night before was filled with severe storms that made all of us seriously doubt whether they would even have a race. Somehow, it didn't even rain on race day! This was the second race of the season and my coach, Cliff English and I definitely had a plan of attack on this one. It was important to do a few things differently this time around. We had a goal to go under 4hrs on the course, but to try to do it while also gathering some data, learning a bit about a few athletes who I'll race again later in the season and seeing how the body handled certain efforts. THE SWIM There was probably 2" of rain that fell the night before the race and even though they shut the dam off a few hours before the start, the water was still flowing quite quickly which made for some very slow swimming to the first turn buoy (350m upstream). I started in my usual sp
Read more

Blake is a Professional Triathlete based out of Madison, Wisconsin who has over 21 years in endurance athletics. He is in his 16th year of racing at the top level of long course triathlon.
-
Blake is a veteran coach who is USA Triathlon Level 2 certified and has coached athletes of all levels for over 18 years. He currently owns and operates BBMC, which is in it's 10th year. Team BBMC has individuals located all over the globe. They come from a variety of backgrounds and have goals that range from sustaining a healthy lifestyle to competing at the highest level in endurance athletics.
-
You can find out more about coaching at www.teambbmc.com