And We Are Off - Ironman 70.3 Puerto Rico Race Report

The first race of the year is always one to remind yourself that you are racing again! San Juan is one of my favorite races on the circuit and this year's result was solid and a good one to build on. Here is the full 411. 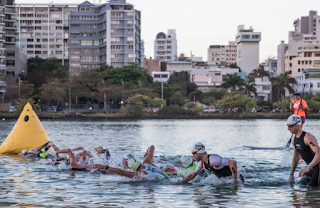 I thought I could start very conservative (as you can see here) and then bridge or tack onto the back of the group like I have in some past races…however that didn’t happen here and I was 30-45sec off the back the entire time. I felt good for the most part, but it definitely was a bit of a shock to be racing again. Rather than kill myself to get up to the few I saw ahead, I kept my rhythm with eyes on moving up during the bike and run. Thank you to Blue Seventy for the great PZ4 skinsuit. This is by far the best/longest lasting skin suit on the market. 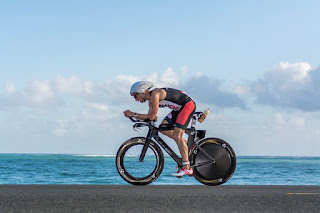 Unfortunately, my ability to bridge didn't come into fruition. Though I exited T1 only 20sec behind the group of a few, it included Mr. Russell who lead a hard charge from mile 0. My legs were good to start the ride, but not great. I was flying blind with no metrics for this race, which meant I had to ride all on feel today. Like the swim, I choose to not force the pace, this time I figured my margin for error in the tropics was small since I was coming from full on winter. Instead, I played the patience card and focused on cadence, nutrition and PE.

I got through the first 20 and the legs started came around to where I knew I was riding well. I caught 3 riders on the way out to the first turn-around. The front group put 2 minutes into me and the chase group 2.5 minutes. Sheesh! However, the rest of the ride got better. The front group put a few more minutes into me, but they had a nice motorcade that likely gave some benefit. The gap to the second group almost stayed the same, which is something that I feel pretty good about with my 100% solo ride.

As I got back to T2, I saw 2:40 on the race clock, a few minutes back from my target of 2:35-2:36, but close. Thank you to Trek Stores of Madison for enabling me to ride the fastest bike on the planet! 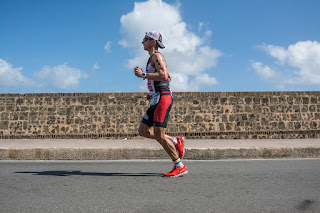 The run was solid and strong, but not fast. Then again on this course there really isn't fast, as you can see by the fastest splits on the day which were 1:18-1:19. I had to relax for the first few miles to find my stride and fight off a few cramps, but things came around after a few miles. I basically had Ironman+ pace on the day, which given where I was training for this race (65* colder than it was on race day) was OK with me. The rest of the run went well and I even managed to sneak in a few peaks of the amazing scenery as you make your way through Old San Juan. 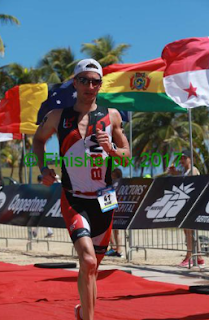 The day was full of a lot of conservative choices, but good execution. I would have liked to have broken 4hrs at this one, but given the choices I made, the heat/course and that I haven't raced in 6 months, this is a good start to the season.

Thank you as always to all of my Sponsors, Team BBMC and it's partners, as well as Cliff English for his coaching. You can see all who support me here. Now it's all eyes on improvement in Chattanooga, which is only 2 months away. Bring on 2017!

harada57 said…
This comment has been removed by the author.
2:31 AM