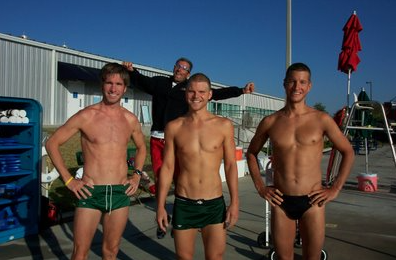 The picture above is from 10 YEARS AGO! It was my first season training full time at the National Training Center in Clermont, Florida. Both of the guys to my right, Marc and Justin, are two of the most stand-up guys I have met through sport. So is Graham Partain, the guy who let us/me live with him for several years. Photo bombing is Tim Johnson (Ironman Swim Director), he is also OK!


The new year is almost here. That means that I should have my s#*t together and plans in place, especially if I want to do well. More on that below...

First, this is a big year for me in terms of dates. My good friend Justin Daerr pointed out that our first season (we starting training full time pretty close together) training full-time, was 10 years ago a week from Monday. A DECADE. Really?!?! A DECADE!

Over the last 10 years I have come a long way. I have accomplished a lot of great things, failed at accomplishing a lot of great things, won a few races, not won many more races, met some amazing people and have been privileged enough to race and train across 5 continents and in 3 oceans. It still feels like yesterday, but it also serves as a reminder that time flies and to be present whenever possible.

Though I don't believe I will be racing for another 10 years, I am hoping for at least 3 or 4 more seasons of continued and improved success across all areas of my life.

Here is the plan in sport.

The first half of the season is going to be "Ironman Free" (schedule to the right). Coaching is my primary focus right now and though I am committed to racing closer to my potential, my ambitions don't lay with any of the Ironman options available.

So, 3 Half Ironman races are going to be my focus to start the year (Oceanside just out of convenience). The main goal in 2016 is to get closer to that magical 3hr 50min barrier across the Half Ironman distance. So I will be keyed in on doing what's required for that.

For the second half of June and July I will take a mid season break and focus on coaching athletes through the meat of their training. I may race a few events here or there and will stay fit, but there won't be any serious builds happening.

As I get into August, I'll gear up for the second half of the season. I have a few ideas as to what I will do, but am going to wait to hear what WTC is planning for IM Wisconsin in 2017 (hoping for a Men's Pro race so I can compete again), as well as see how things go during the first half of the year.

Happy Holiday's everyone, let's make 2016 the best year yet by staying thankful, present and getting fired up for everything that is going to come our way!