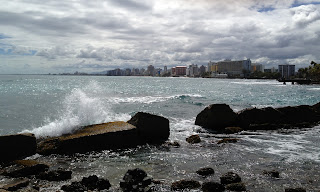 Every race that I line up at proves to be a learning experience. No matter how many races or years that I compete, there will always be something to take and apply to the next one.

I was really looking forward to starting off the 2013 season. I have made a lot of progress in many departments. I started my training a bit earlier on and it showed. I went down to Tucson for my annual outing with my coach, Cliff English and trained very very well. I was enjoying the process again and just clicking off my 20hr indoor weeks.  In my experience, 20-22hrs of indoor training is about as effective as anything.  Mentally I was in a very solid place, focused inward, getting rid of negative influences within my life and looking to the only thing I can control...the moment.

Thursday before the race I woke up to a scratch throat and sinus’ that weren’t all that clear. This at least explained my lower than average levels of energy throughout the week. I knew that if I could stay on top of taking care of myself, I may be able to beat it in time before the race.

Everything went smoothly on my travels and despite feeling poorly, I was still very excited to suffer and race. I met my long time friend JD at the airport, only to find out that he was also sick with a cough...you could pretty much label our room the sick ward.  A funny mention relating to our room was that we only had a bed to share, After learning the hotel was full and just before I was about to make him sleep on the porch, we were able to order an air mattress. It was pretty comical. The nights leading into the race were not ideal, but eventually we got to race.

The race brought out a very strong field and I knew that any paycheck this weekend was going to need a special effort. I felt that there was an outside chance with how well I had been riding, in addition to a new bike position.

Race morning started with my usual 15-20min jog, followed by some relaxation time.  If you haven’t raced in San Juan, one of the great things about the race is that the hotels are directly next to the race site.  So retreating up to your room before you get in the water is done pretty easily.

As soon as it was light, I made it down to the water for as much warm-up as they allowed.  We eventually lined up and I found a spot next to a few guys that I thought would be good company for me. The gun went off and the usual washing machine started up. I held my line and eventually got in a position that felt good. At about the 400m mark I realized that the guy who’s feet I was on got gapped. This is moment where I needed to make a choice, which was clear. The next 300m consisted of a best effort swim to bridge up. Crisis #1 averted.

The next few hundred meters were uneventful and though there was a small group about 10-20sec ahead of ours, I didn’t feel that an effort that late in the swim was worth that time we would have gained.

T1 was as quick as I could make 500m of running on concrete and bricks.  No glass or nails in the feet, so mission accomplished.

Once onto the bike, my job was to TT for 10-15miles to see what was going on at the first turn.  About 5miles in, I could clearly see that I was gaining on a small group of 5-6 riders ahead of me. I then navigated through some tight corners where I lost sight of them.  What I did see was a police moto take an off ramp from the main road where there looked to be no blockage from cones. I was immediately confused and looked back to see if anyone could help...luckily there was a race support truck that was coming up the road. I flipped around to ask and though I was a bit pissed at myself for not trusting the course I knew to be right in my head, the 30-40sec that I lost, were a lot better than making a wrong decision and losing minutes or more. Crisis #2 sort of averted.

The mishap allowed JD to get up to me. We worked nicely together for about the next 5 -8 miles until I got sight of the group about a minute up the road, along with another group about 90sec ahead of them. It was clear that I needed to be in that first group if I was going to have a shot at making a check.

This was where the new position showed it’s speed. The effort was definitely high, but needed to get up the road as quickly as possible before the gaps got larger. At the first turn around, I was happy to see about 30” on group with JD, Michael Lovato and Pat Evoe. I kept the pedal to the metal and made it up to the group ahead, trying not to pay attention to anything behind me.

“Perfect, now onto the next” I thought. I assessed the situation, then asserted myself to the left and made my way to the front of the group about the time we hit a headwind section of the course.  I pushed and realized that the last 30’ were a bit tiring. I took out a Power Gel before seeking to push again and was repassed while washing it down.  About this time we were were heading into the second turn around when a moto pulled up and gave me a drafting penalty.  “Where?” I asked. “Back there,” I was told.  “Back where? I have been with this group for a mile and was at the front the entire time.”  I was then given an incorrect explanation of the rules before the motorcycle sped off.

I was quite upset and deflated after this point.  Had my goal been to go as fast as possible on the day, perhaps I could have kept my head in the game, but my goal on the day was to make a check and that wash dashed. After serving my 4’ penalty, the rest of the day was just about finishing what I started, enjoying the tropical race setting and cheering on fellow competitors, which I did without getting penalized!!

In hindsight this race was not a success, but it was in terms of what I can better do in the future to avoid confusion with race officials, as well as some things I want to tweak with my nutrition in warmer race climate. The race itself is amazing, the course is both historical and breath-taking. The race is also backed by a city that embraces the event with open arms.  I definitely plan to be back in 2014.

Next up for me is hoping that spring shows up in WI sooner, rather than later :), then Ironman Brasil on May 26th.  I have many sources of motivation for this race and am very excited for a new adventure. Thanks for reading and thank you for the support of the Trek Stores of Madison for making sure that I have everything related to triathlon taken care of.  Thank you also to PowerBar for helping to fuel me to be great.

Claire said…
Never easy getting a penalty. I got called in Kona and decided to use it to see how I could use it to my advantage rather than letting it ruin my race. Through eating, peeing, reapplying sunscreen, stretching...I got off the bike and ran my best IM marathon ever. All about the right mindset. You've got it Blake! Can't wait to see you race in Brazil.
3:20 PM